To enhance the brand’s national presence, The Sleep Company has roped in Anil Kapoor to be their first official brand ambassador. According to the founder, Priyanka Salot, Anil Kapoor will make an ever-lasting impression on the audience, giving their brand the much-desired exposure.

Indians often try to put money over everything, especially quality. Even though this rule is not detrimental for most cases, it can’t say the mattresses. Experts have advised that the choice of the mattress should be such that one can get the best sleep without worrying about a sore body or unfulfilled sleep.

That’s why The Sleep Company has introduced the first patented smartGRID technology, which is way more responsive than memory foam.

To spread more awareness about having a good quality sleep and enhance the brand value of this new technology, Kapoor has been signed in for a series of digital advertisements and campaigns.

He, as a customer, has expressed his gratitude towards The Sleep Company in one of his statements. In addition, Kapoor has pointed out the importance of having a quality mattress that will help the body to rejuvenate itself. That’s why he seems to be quite excited to work with the mattress company and make everyone aware of what they are missing out on.

Thanks to his classy, quirky, and fun personality, the heads of The Sleep Company is looking towards huge success through digital campaigns and ads. They have already released a video featuring Kapoor explaining the qualities of their patented smartGRID technology in his style, which is classic and persuasive. And to everyone’s shock, the advertisement has earned a lot of views and likes.

The Sleep Company has played a good game by making Anil Kapoor their brand ambassador for several endorsements to be released yet.

To Read More NEWS about Mattress 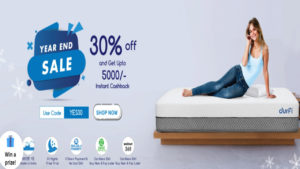 Durfi is back with year-end sales benefiting its shopper with 30% off, instant cashback, and more 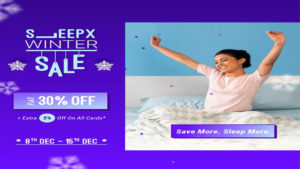 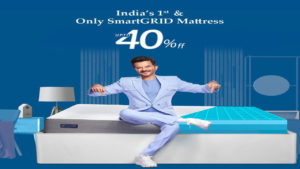